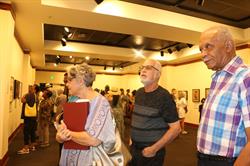 Through this exhibit, MTCC helped people understand how hateful ideas and objects have created a culture of fear and hatred that has led to tragedies like the Elaine Massacre.

“Hateful Things” is a traveling exhibit from the Jim Crow Museum of Racist Memorabilia at Ferris State University.