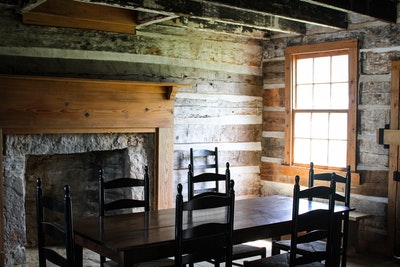 Who Was Jacob Wolf?

Jacob Wolf was a merchant, builder of log structures, carpenter, and blacksmith. He was elected as a representative to the General Assembly of Arkansas Territory in 1826. The two-story dogtrot structure was constructed by Jacob Wolf in 1829 as the first permanent courthouse for Izard County in Arkansas Territory. The Wolf House sits in present-day Norfork (Baxter County) above where the White and Norfork rivers meet. The building served thousands of early settlers finding their way into the central highlands of north Arkansas. People from the surrounding area would set up temporary quarters on the grounds to socialize and participate in their favorite activities while court was in session. Notably, John P. Houston, brother of American legend Sam Houston, served as a county clerk in this courthouse. The site was used as a river port, center of trade, and as a seat of justice.

Why Is This Site Important?

The Wolf House was listed on the National Register of Historic Places in 1973. The National Park Service documented in 2013: “Notably, it is the only surviving example with at least moderate historic integrity constructed for a civic purpose; the others were private homes or early stagecoach inns and taverns.” It is the last remaining two-story dog-trot public structure in the United States.

In 2023, Phase III Development using ANCRC funds will continue site improvements to include restoring the 19th century Wolf House cistern, continuation of the 1840 replica split rail fence around the rest of the property, a new covered picnic pavilion on site, and new exhibits in the 1832 John Wolf Cabin telling the story of that family. Other improvements include the installation of eight new interpretive panels along the ADA trail highlighting interpretive themes that are documented at the site.

The historic site offers comprehensive interpretive themes focused upon the site’s documented culture, history and environment that existed in the early to mid-nineteenth century in and around the territorial town of Liberty, Arkansas (Present day Norfork).

Interpretive themes documented at the site are Territorial Arkansas, early nineteenth century Native American culture along the White River, River Travel and Trade, Territorial Politics and Early Statehood, Slavery in the Ozarks, and the Civil War. Other interpretation is focused upon the site’s Historic Preservation practices and Archeology. All interpretation is given authority through scholarly research.

The Jacob Wolf House also welcomes student tour groups of all ages, and provides programming to bring the frontier into the classroom! Download our teacher resource guide to learn more 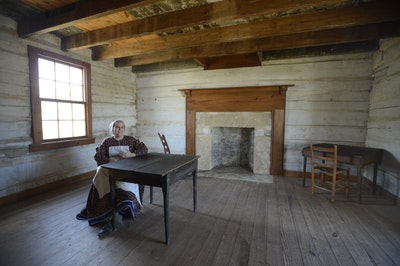 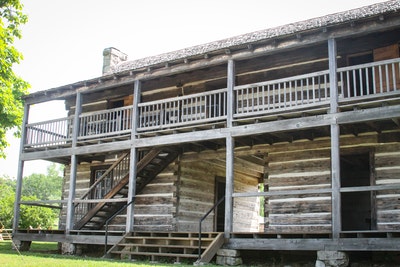