The Delta Cultural Center provides visitors with changing exhibits which expand on the topics stated in our mission. Changing exhibits rotate on a regular basis with new and fresh exhibits every 1 to 6 months. Exhibits vary from modern art and photography to historical artifacts. Many changing exhibits are developed by Center Staff while others are traveling exhibits created by outside organizations.

For exhibit openings and programs, access our Calendar of Events.

This extraordinary new exhibition explores the role of the Baptist Church in the lives of African Americans during the turbulent period of Jim Crow, as they navigated the difficulties and hardships of a segregated country.  Visitors, as they enter the South Gallery of the Delta Cultural Center, will first notice the large replica stain glass window that symbolizes the church. It is if they have been reborn in the past and are looking into this window to see what is happening in a church of that era. From that point, guests will be able to read and study numerous historical panels that depict the expansion of the Baptist Church throughout the Arkansas Delta and into the lives of African Americans.

Activists such as Booker T. Washington and others used this religious awakening to further the cause of reform, but it was through the tireless labor of one Arkansan that the church rose to new levels of importance. That Arkansan was the Reverend Elias Camp Morris, who rose to national prominence through his work with the National Baptist Convention. In addition to his work in politics, Morris was the pastor at Centennial Baptist Church in Helena, Arkansas from 1879 to his death in 1922. Centennial was an example of an early megachurch with nearly a thousand members and was a beacon of light for all African Americans in the area. E.C. Morris was also president of the Black Arkansas Baptist State Convention for 35 years and helped start a seminary in Little Rock that eventually became Arkansas Baptist College.  There is a life size replica of Morris at his podium and interactive displays which feature a number of his speeches that visitors may listen to. In addition to the church, there are also displays and information panels dealing with the role of fraternal organizations like the Knights of Pythias and the Masons. 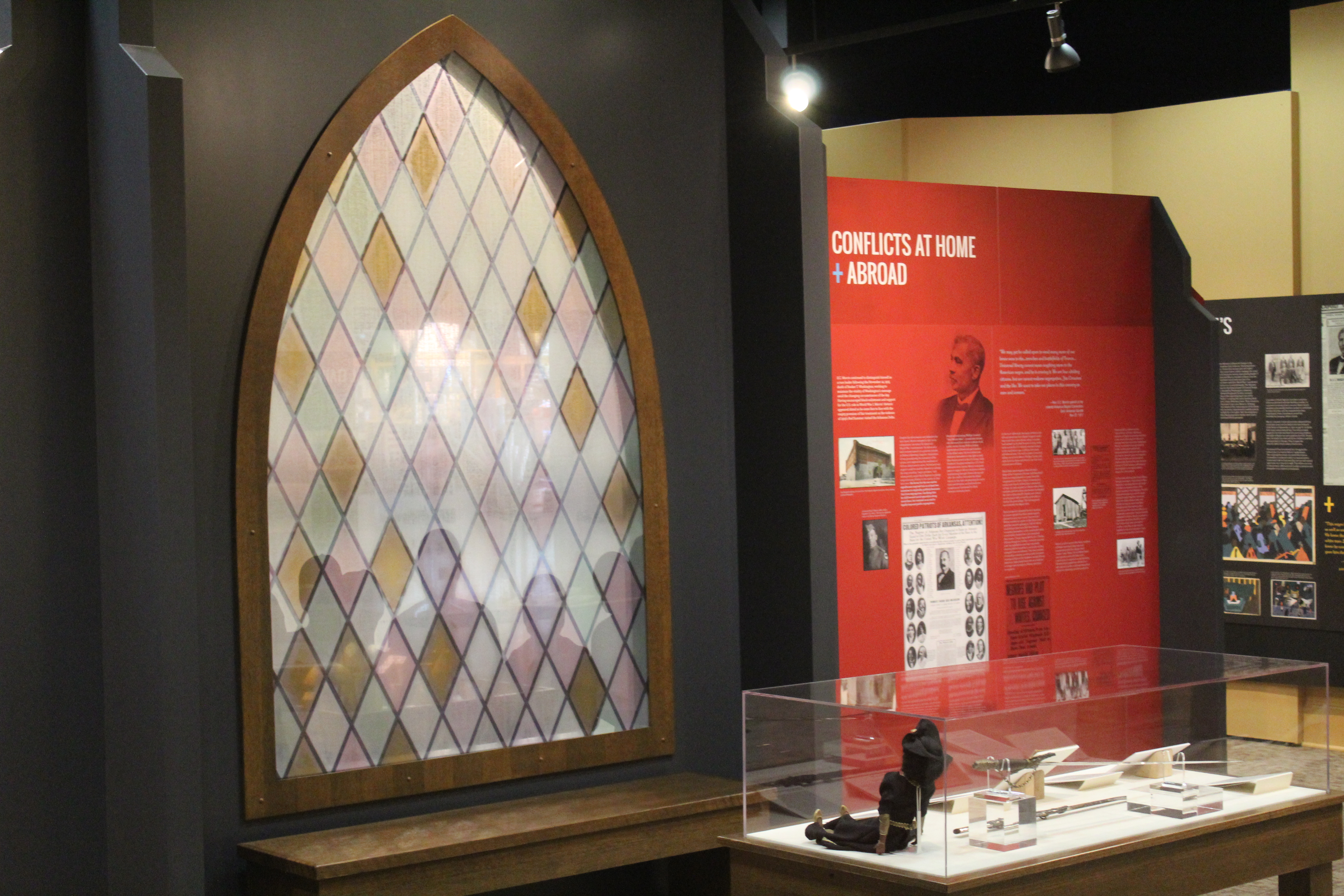 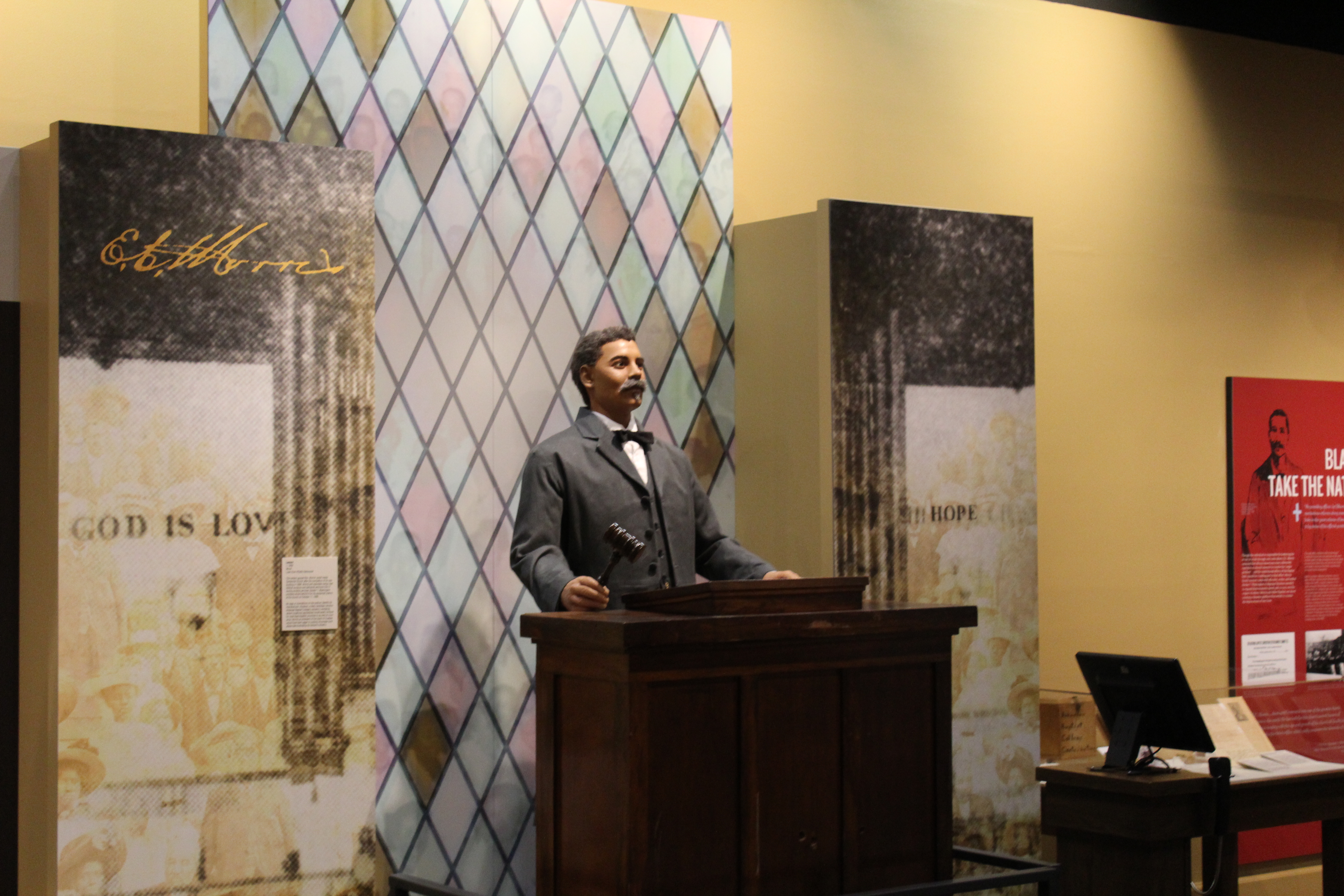 Expressions of the Blues by Carol Boss

Expressions of the Blues is a collection of painted portraits of Blues, R&B, Soul and Gospel musicians. These portraits are painted in an expressionistic style with acrylic paints and gel mediums on antique ceiling tile. Each tile is encased in a stained and clear gloss coated wooden frame to represent the era of the tile.

Carol Boss was born and raised in south-central Missouri and has been a resident of St. Louis for many years.  This outstanding artist began to follow her dream in 2016 and is best known for several large wall murals. Her most recent efforts are portrayed in this amazing exhibition now on display at the Delta Cultural Center.

Expressions of the Blues will be on display in the main gallery until January 24, 2022. 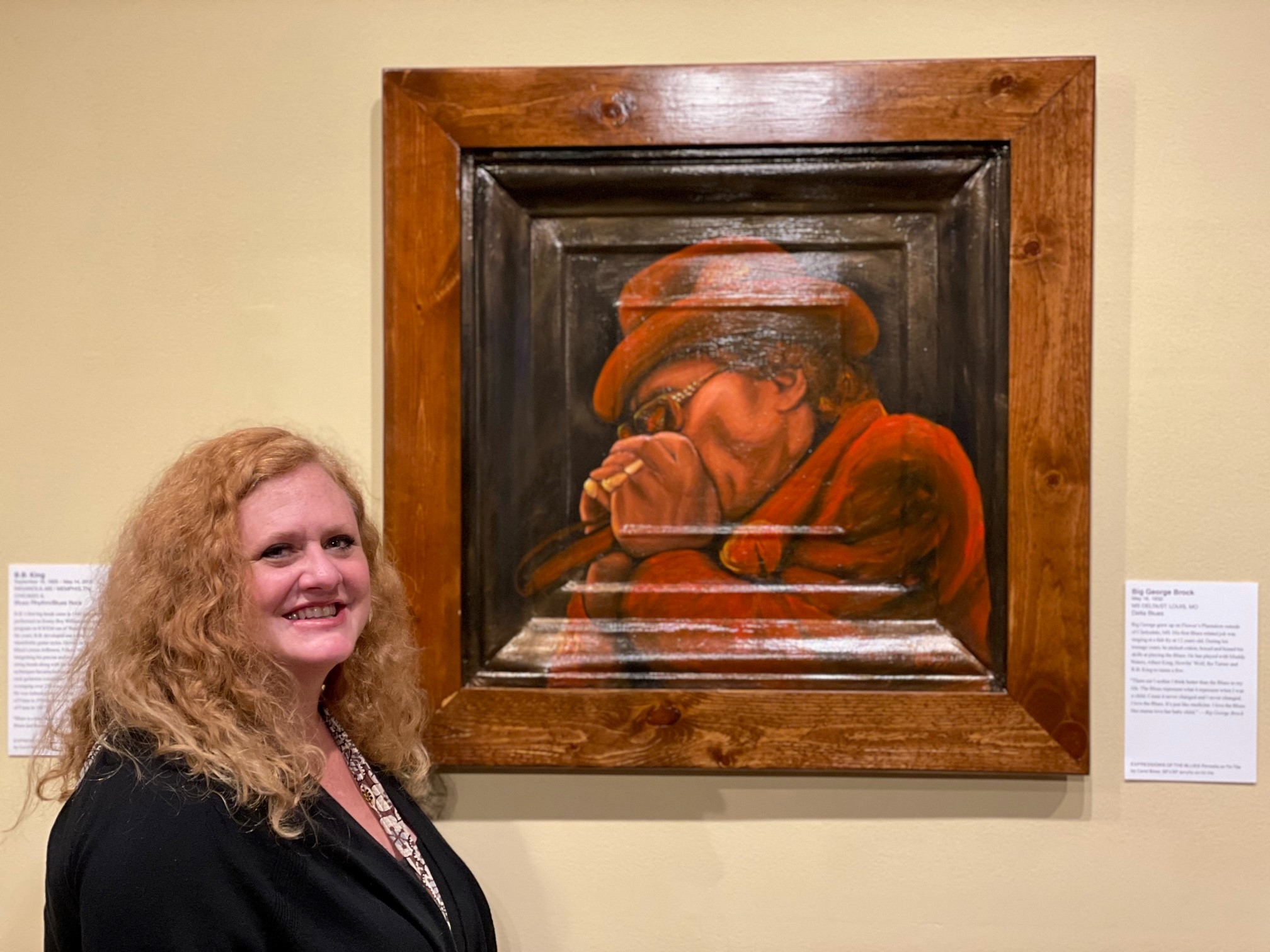 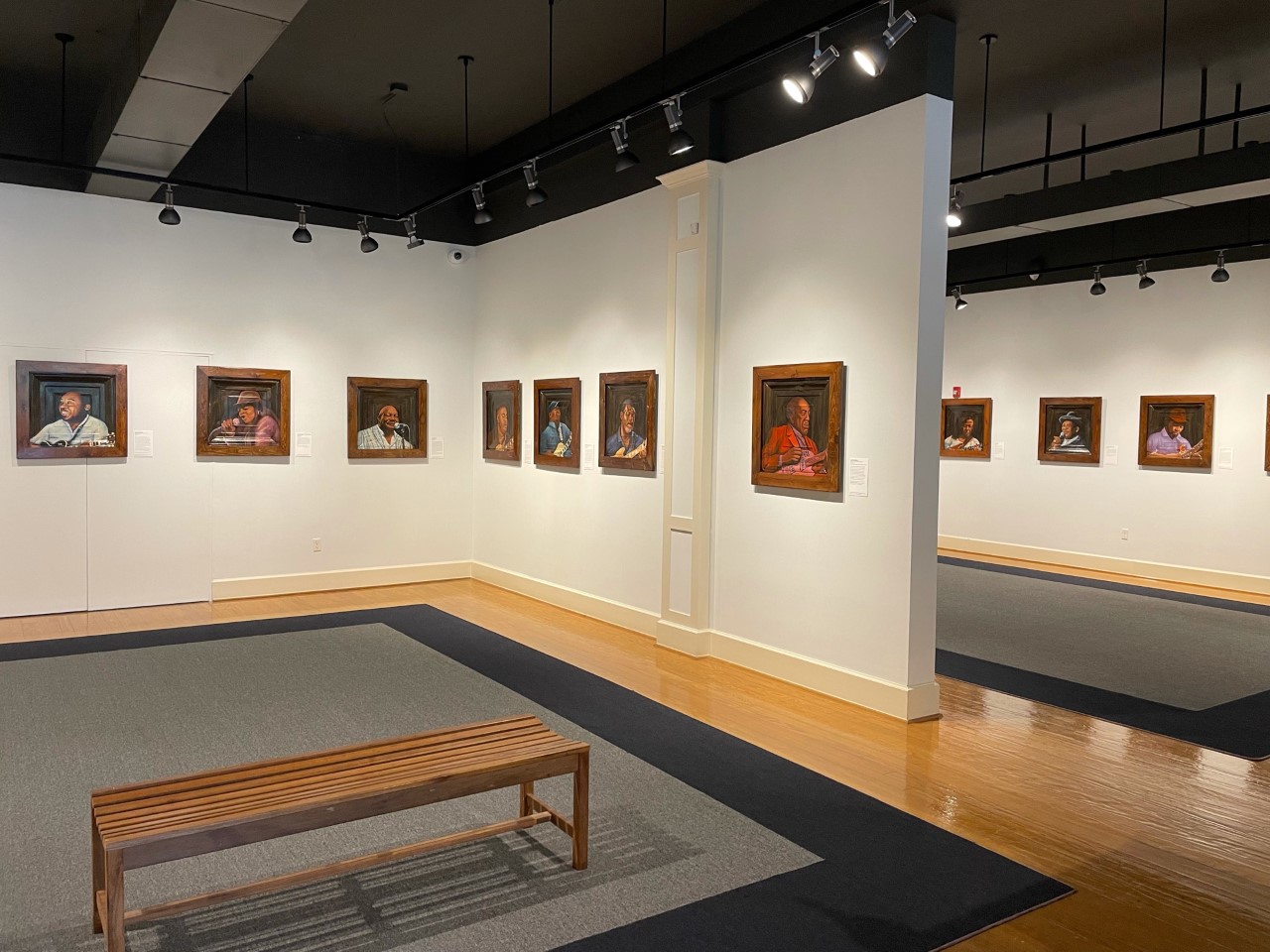