The Delta Cultural Center provides visitors with award winning permanent exhibits. Through these exhibits we highlight the area's rich heritage and showcase artifacts from our collection. From the early inhabitants of the Delta, to the great floods, to the enduring musical legacy, these exhibits are the foundation for our interpretation. 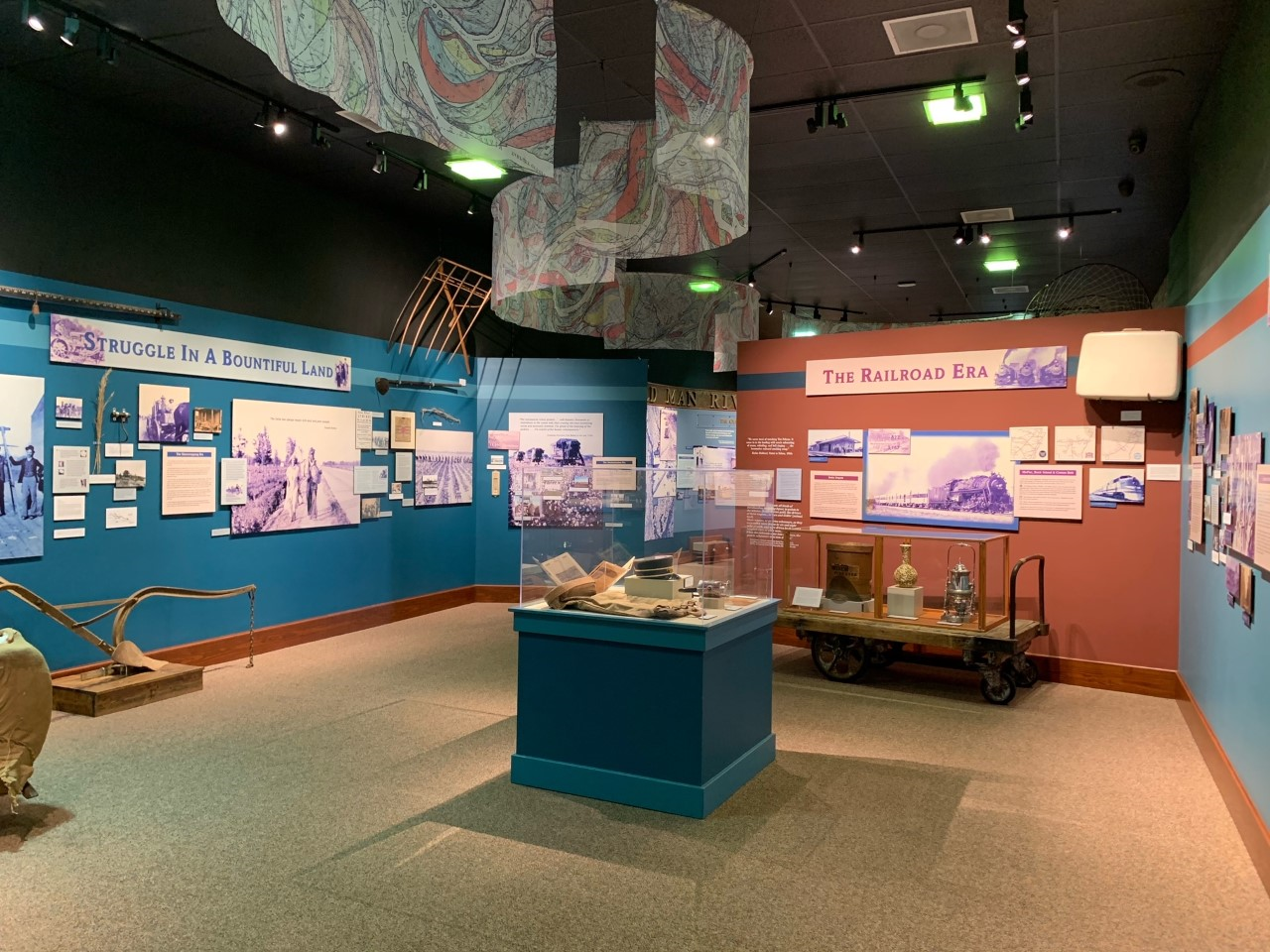 A Heritage of Determination

Located in the Delta Cultural Center's Depot Museum, the award winning exhibit “A Heritage of Determination” provides visitors with an overview of Delta history. The fitting title tells the story of people determined to overcome hardships, disasters and other setbacks.

From the first inhabitants of this land to the trappers, loggers, steamboat pilots, merchants, freedom seekers, and railroad workers all came with plans for a better life. They settled this Delta land overcoming floods, droughts, and disease. They saw the chaos slavery, the Civil War, Reconstruction, and later the economic struggle of sharecropping and tenant farming.

The exhibit highlights Native American life, early exploration and settlement, historic Mississippi River floods, native flora and fauna, rail and river transportation, the diverse immigrant populations, and the economic contributions of timber and agriculture. The exhibit tells the Arkansas Delta story through words, photographs, artifacts, and an activity for children of all ages, "The Great Boat Race." Visitors have the option of a guided or self-guided tour.

One of the most fascinating aspects of Arkansas Delta history is the role that Helena and the Arkansas Delta  region played during America's Civil War. The "Civil War in the Delta" exhibit focuses on this period. From the Union occupation of Helena, to Helena's Confederate Generals, to the life of civilians, to the Battle of Helena, the exhibit provides an overview and timeline. Located on the upper floor of the Depot, the exhibit is fully accessible by elevator. These three rooms are a great start to explore more of the region's Civil War heritage. 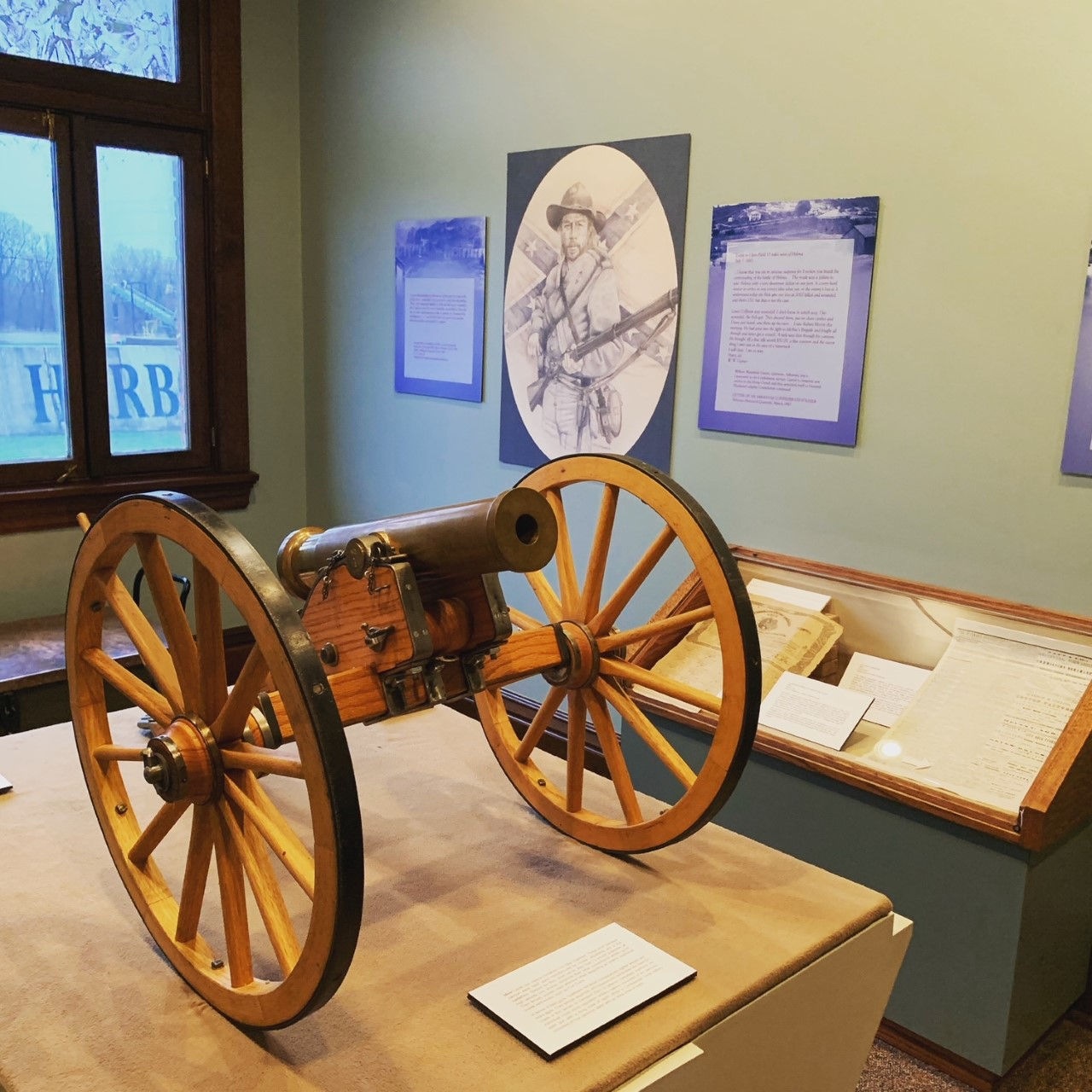 Civil War In The Delta 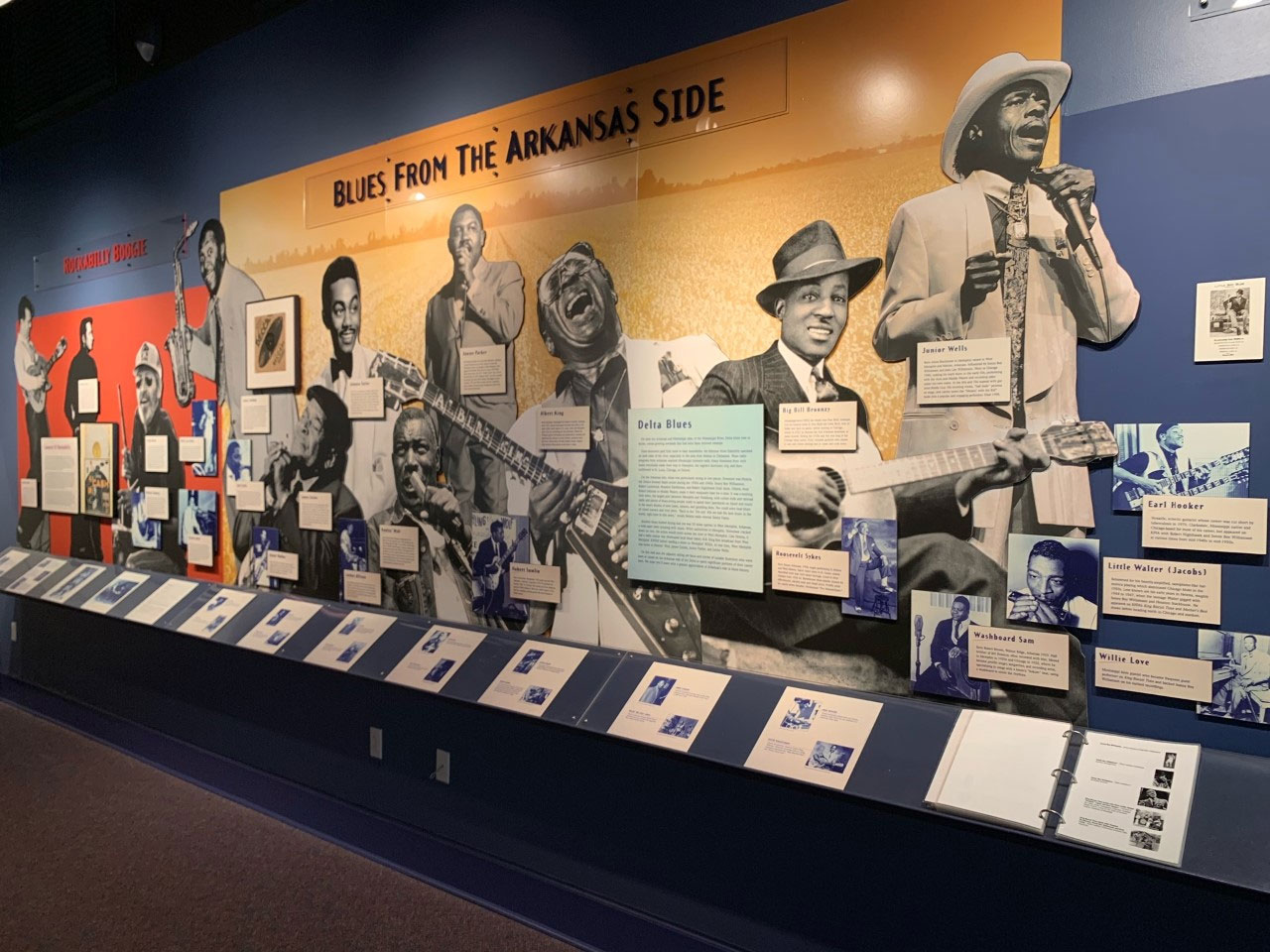 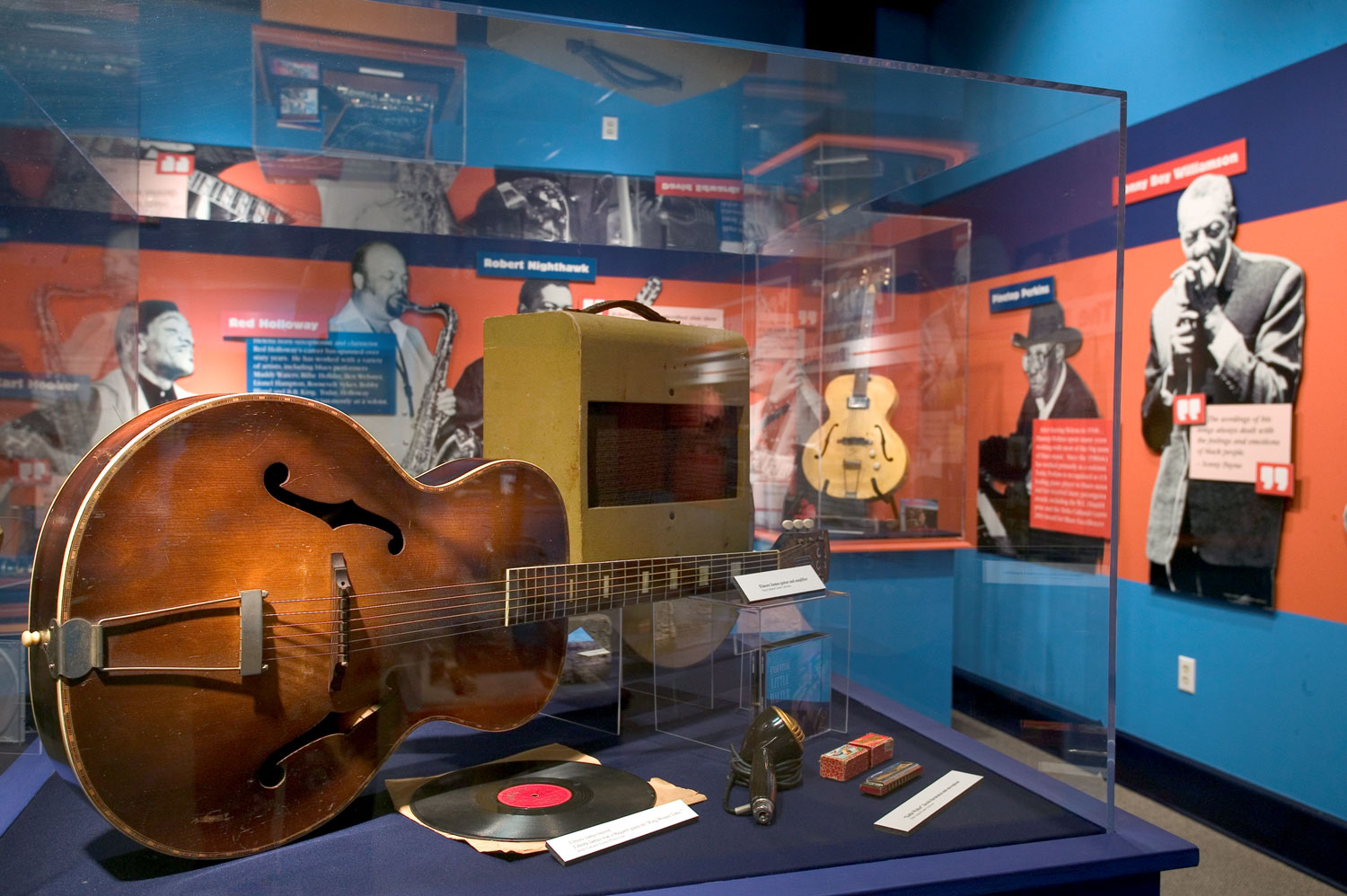 The Visitors Center is home to Delta Sounds, a state-of-the-art music area dedicated to the music of the Arkansas Delta. Visitors will enjoy "Delta Sounds Bites" listening stations, which tell the stories of this rich musical heritage. The area includes exhibits featuring the gospel, rockabilly and blues legends that have had a major impact on music in the Arkansas Delta throughout the last century.

Come experience an operating Radio Studio within our museum. A section of the Delta Sounds Exhibit is dedicated to presenting King Biscuit Time and Delta Sounds radio broadcasts. Guests may view the live broadcasts or be invited to join us behind the mic. Musicians frequently stop by this legendary studio to be a part of the fun. A unique experience for young and old.

Gospel music is a true art form in the Arkansas Delta - touching lives regardless of age, race and background. The section “Tell It! Sing It! Shout It!” features text, photographs and artifacts relating to sacred music of the Arkansas Delta and the performers who gained recognition in the genre. Gospel music grew in the 20th century out of the hymns and spirituals and it continues today to develop in new directions.

Discover the story of Delta gospel greats including Helena-born Roberta Martin, who formed the Roberta Martin Singers and became a dominant force in gospel music for over 35 years. Her funeral in Chicago in 1969 drew 50,000 mourners and is reportedly the largest funeral in the history of the Windy City. Born in Cotton Plant, Arkansas, Sister Rosetta Tharpe rose to fame in the late 1930s with performances at Harlem's famed Cotton Club and Carnegie Hall.

The Visitors Center is home to the longest running daily blues radio show in the United States - the award-winning King Biscuit Time. King Biscuit Time was first broadcast by KFFA Radio on November 21, 1941. Since that time, the program has become world renown, as well as an influential platform for up-and-coming blues performers. In 1992, King Biscuit Time was awarded the prestigious George Foster Peabody Award, which recognizes outstanding achievement in the field of radio and broadcast journalism.

KBT was hosted by the legendary "Sunshine" Sonny Payne, who began hosting the show full-time in early 1950, although he had served as host periodically since July 1942.  In the years following, Payne became an icon in the blues music industry. On any given day--up until his February 17, 2018 passing – fans from Italy, Japan, the United Kingdom, as well as the United States, visited Sonny Payne at his Delta Cultural Center studio to watch him announce another broadcast of the famous radio show. During his life, he received an impressive array of awards and accolades, including the Blues Foundation's "Keeping the Blues Alive" award for lifetime service, Arkansas Broadcasters Association's Pioneer Award, Arkansas Museums Association's Volunteer of the Year Award, and he was inducted into the Arkansas Tourism Hall of Fame in 2003.

With his death, Arkansas, and blues lovers all over the world lost one of the region's great blues pioneers. But, his KBT broadcasts continue hosted by DCC's assistant director, Thomas Jacques.. The show takes places on weekdays live, from the the specially-built studio located in the Delta Sounds exhibit area, where "Sunshine" Sonny Payne lit up the blues airways daily. 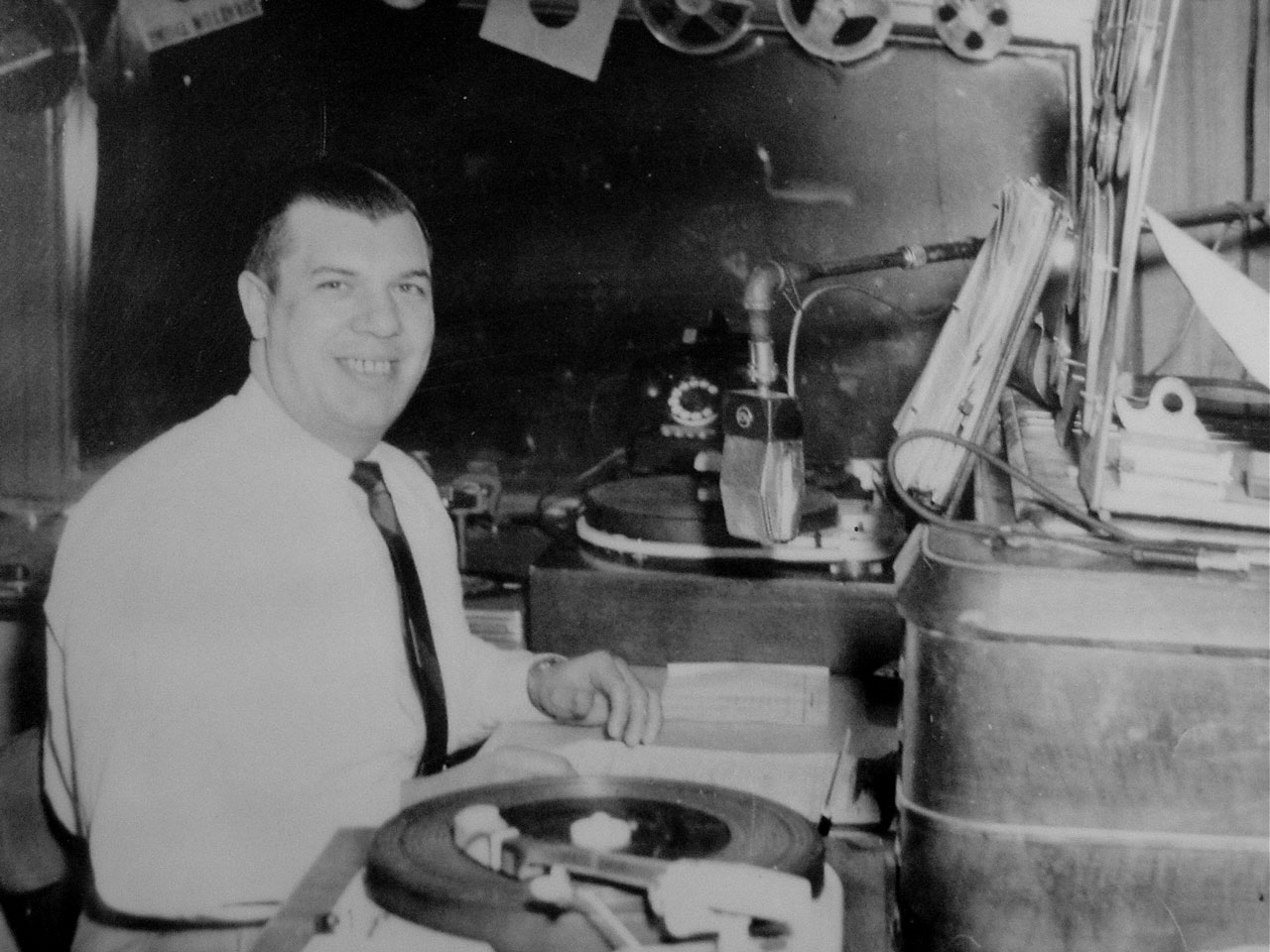 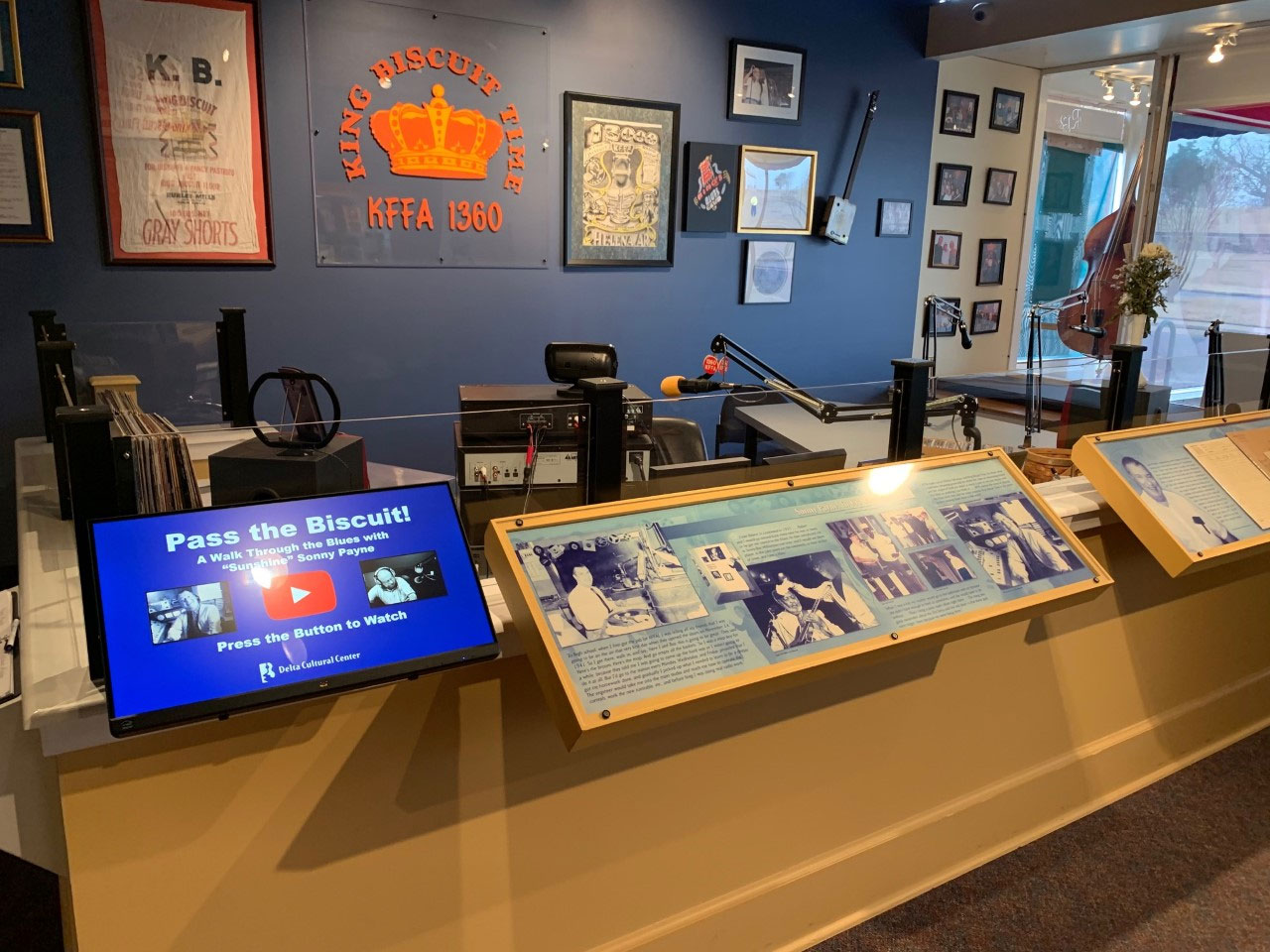