Years of field work and research by Historic Arkansas Museum culminated in the publication of the first two volumes of Arkansas Made: A Survey of the Decorative, Mechanical and Fine Art Produced in Arkansas, by Swannee Bennett and William B. Worthen, published by the University of Arkansas Press in 1990 and 1991.

The first volume covers the introduction and flourishing of artisan traditions such as furniture making and silversmithing, notes the materials and special techniques used by potters, gunsmiths and jewelers, and illustrates their delicate craftsmanship through approximately 200 photographs. It also includes biographical appendices of hundreds of Arkansas’s early artisans.

The second volume of Arkansas Made features approximately 200 images of the paintings and photographs produced in Arkansas during the same time period and includes biographical appendices of hundreds of Arkansas artisans.

The upcoming third and fourth volumes will continue to explore the creative spirit within the fine and decorative arts following the Civil War era up to 1950. We will also publish objects from both the colonial and antebellum periods that have come to light since the first two volumes. The upcoming volumes will explore the art of Arkansas’s Native Americans, much of which survives in public collections like the University of Arkansas (Fayetteville), the Arkansas Archeological Survey and Henderson State University. We are fortunate that institutions like the National Museum of the American Indian hold in trust many fine examples of the work created by Arkansas’s indigenous tribes, the Caddo, Osage and Quapaw. 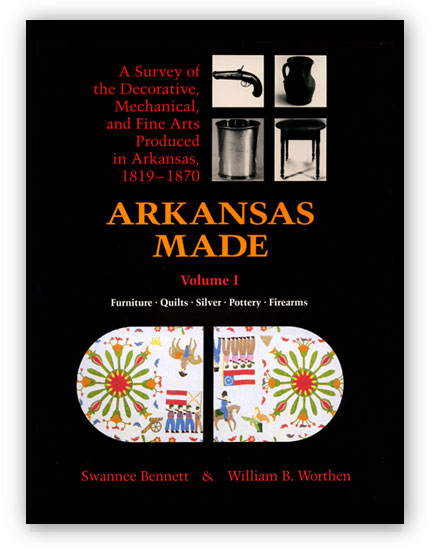 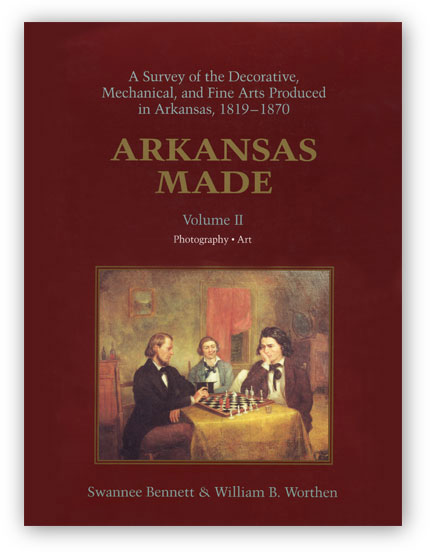