On the Stump: Arkansas Political History

On the Stump: Arkansas Political History

In 1819 when the Arkansas Territory was created, the elimination of property requirements for voting combined with the raucous spirit of the frontier produced a new style of mass participation in American politics. The results were crude and often vulgar, but thoroughly democratic. This manifested itself in Arkansas politics less centered on political parties of Arkansas and the ideology of citizens that on the personalities of those involved. So personal were the politics of the times that political campaigns often culminated in duels.

As statehood approached, regional disputes replaced personal ones. Yeomen farmers and stockmen from the highlands often found themselves at odds with the growing wealth and power of the delta planters. This persisted until the very eve of the Civil War. Union sympathizers in the northwest portion of the state successfully blocked secession right up to the eleventh hour. When it became clear that war between the North and the South was inevitable, however, most would cast their fate with their fellow Arkansans.

The Civil War devastated Arkansas. Its only positive consequences were the ending of slavery and the granting of political rights to African-Americans. This transformation of the established order often led to violence during Reconstruction and continued long after the ex-Confederates were returned to power. Arkansas passed its first segregationist "Jim Crow" law in 1891. That same year also produced a change in voting laws that barred blacks from power until the civil rights movement of the 1960s. 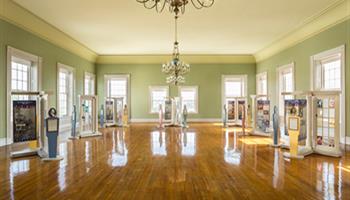 The coming of Jim Crow in Arkansas was largely a response to an alliance between blacks and poor white farmers that very nearly seized control of the state government in 1888. In addition to disfranchising African-Americans, Arkansas Democrats responded by moving dramatically to the left, embracing the populist rhetoric of their rivals. The master of this championing of the common man was Jeff Davis, Arkansas's colorful turn-of-the-century governor.

Davis was followed by genuine reformism. Arkansas Democrats found themselves in the vanguard of the Progressive wing of the national party. Arkansans played a key role in the presidential campaign of William Jennings Bryan and later helped propel Woodrow Wilson to the White House.

This legacy endured for generations. For decades, Arkansas remained one of the strongest Democratic Party-controlled states in the country and exhibited a populist streak that set it apart from other Southern states.
Carl Moneyhon, Professor of History at the University of Arkansas at Little Rock, served as author and guest curator for On the Stump. Additional materials were provided by the museum's staff.