This permanent exhibit complements the "First Ladies of Arkansas" exhibit and allows visitors to learn about the 45 governors that have led the state.

Old State House Museum’s “Governors of Arkansas” permanent exhibit allows visitors to learn about the 45 governors that have led the state and about their journey to leadership.

The Old State House Museum is the original state capitol of Arkansas. Since 1833, when construction began, the building and its grounds have witnessed many of the most important events in Arkansas history. It was the workplace of the first 22 governors of Arkansas.

In 1951, the Old State House became a museum and began collecting artifacts belonging to Arkansas governors a year later with the acquisition of a portrait of Gov. Jeff Davis. Since then, the collection has grown to include more than 2,000 items ranging from Gov. Winthrop Rockefeller’s iconic “WR” campaign pins, the tie worn by Gov. Mike Beebe on his inauguration day to Gov. Asa Hutchinson’s running shoes, which he always carried with him when he traveled to be ready for a pick-up game.

The gallery features artifacts and images from different governors intermingled in sections that highlight different points along the governors’ journeys: origins, campaigns, inaugurations, terms in office and accomplishments after serving.

Visitors are struck with nostalgia when they see campaign slogans, buttons and commercials from days gone by representing politicians from different parties and parts of the state.

This latest update of the governors’ gallery takes advantage of technology with interactive kiosks, including one that allows visitors to become a part of history by capturing photos of themselves that are integrated into newspaper images from some of the state’s most historic moments. 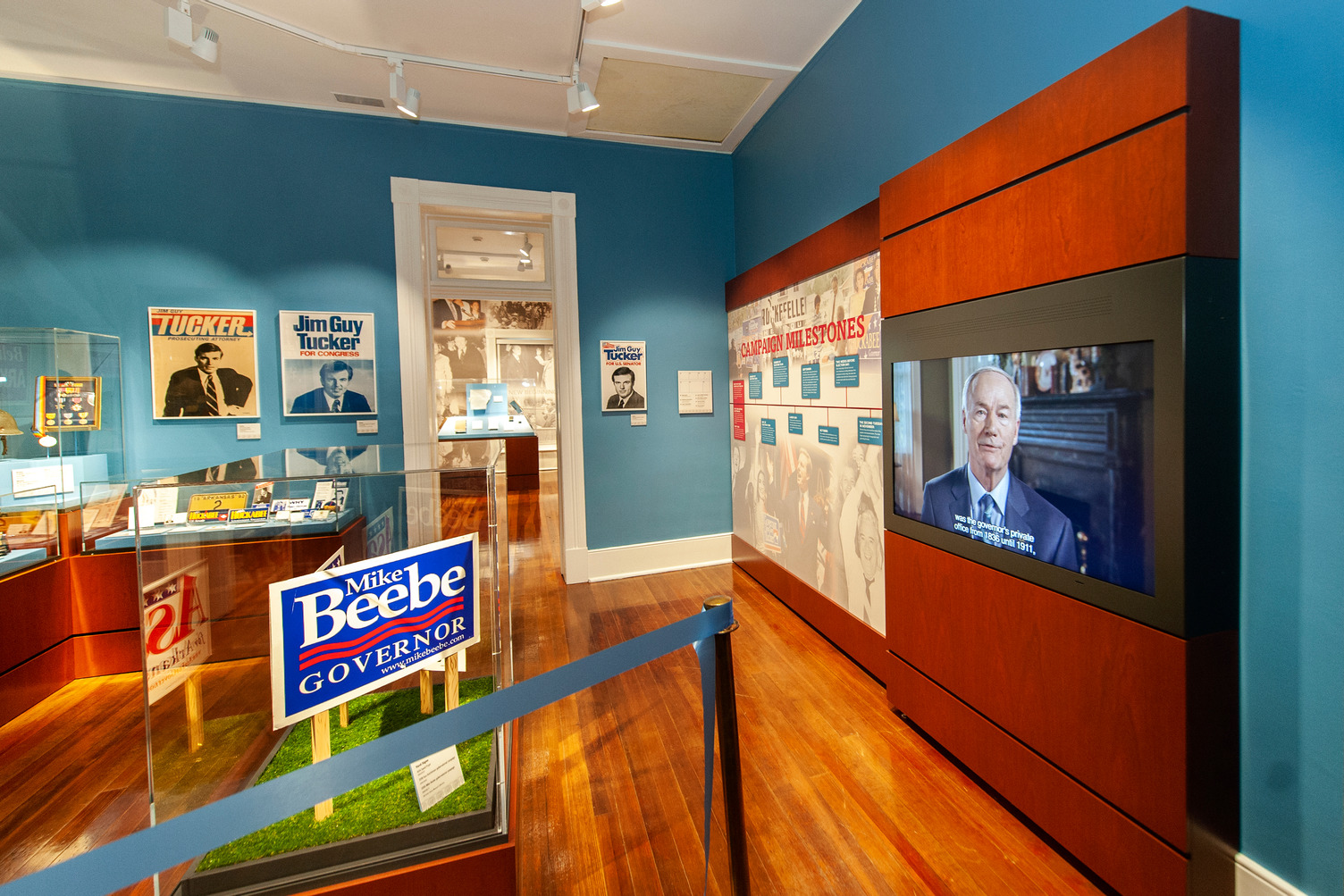