The "First Families" of Arkansas varied in their background and experience. James Miller, the First Territorial Governor, spent little time in Arkansas. And his wife, Ruth, remained in Massachusetts. James Conway, the first governor of the state of Arkansas, came to Arkansas as a surveyor in 1820 and served in the Territorial Legislature. Conway was a founding member of an Arkansas dynasty known as "the Family," a political alliance that dominated Arkansas until the Civil War. Conway's wife, the former Mary Jane Bradley, came from a prominent Arkansas frontier family and was actively involved in furthering her husband's political career.

Beginning in the 20th century, Anna Roark Brough served as her husband's campaign manager. First Lady Brough, an active suffragette, posed on the steps of the capitol during a 1919 rally advocating voting rights for women. More recently, Betty Bumpers and Hillary Clinton have taken on activist roles.

Mrs. Bumpers is recognized internationally as the founder of "Peace Links Worldwide," an organization dedicated to persuade public and political leaders to develop peaceful alternatives to nuclear war. Mrs. Clinton played an active role in her husband's administration by serving as chairperson of the Education Standards and Rural Health Advisory Committees, securing legislation to add a wing to Arkansas Children's Hospital, and helping found Arkansas Advocates for Children and Families. 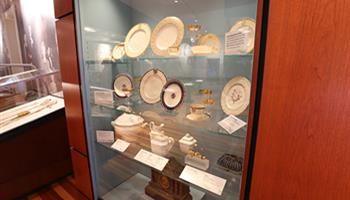