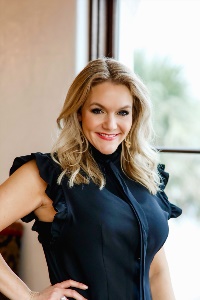 Arkansas Speaker of the House of Representatives, Matthew Shepherd, has named Ashley Paige Gillam to the Arkansas Natural Heritage Commission. Gillam is the daughter of James and Pansy Gillam. She grew up in Little Rock and Conway, Ark. and now lives in Conway with her two sons, Tully and William (Wills). She is employed by Beechwood Hospitality as a revenue manager.

After graduating high school, Gillam worked as an intern for Sen. David Pryor in Washington, D.C. and then attended the University of Mississippi where she obtained a bachelor’s degree in family and consumer sciences. After completing her undergraduate degree, Gillam worked for her family’s railroad business, then in hospitality and sales for Little Rock area hotels. Later, she attended graduate school at the University of Central Arkansas where she earned a master’s degree in family and consumer sciences.