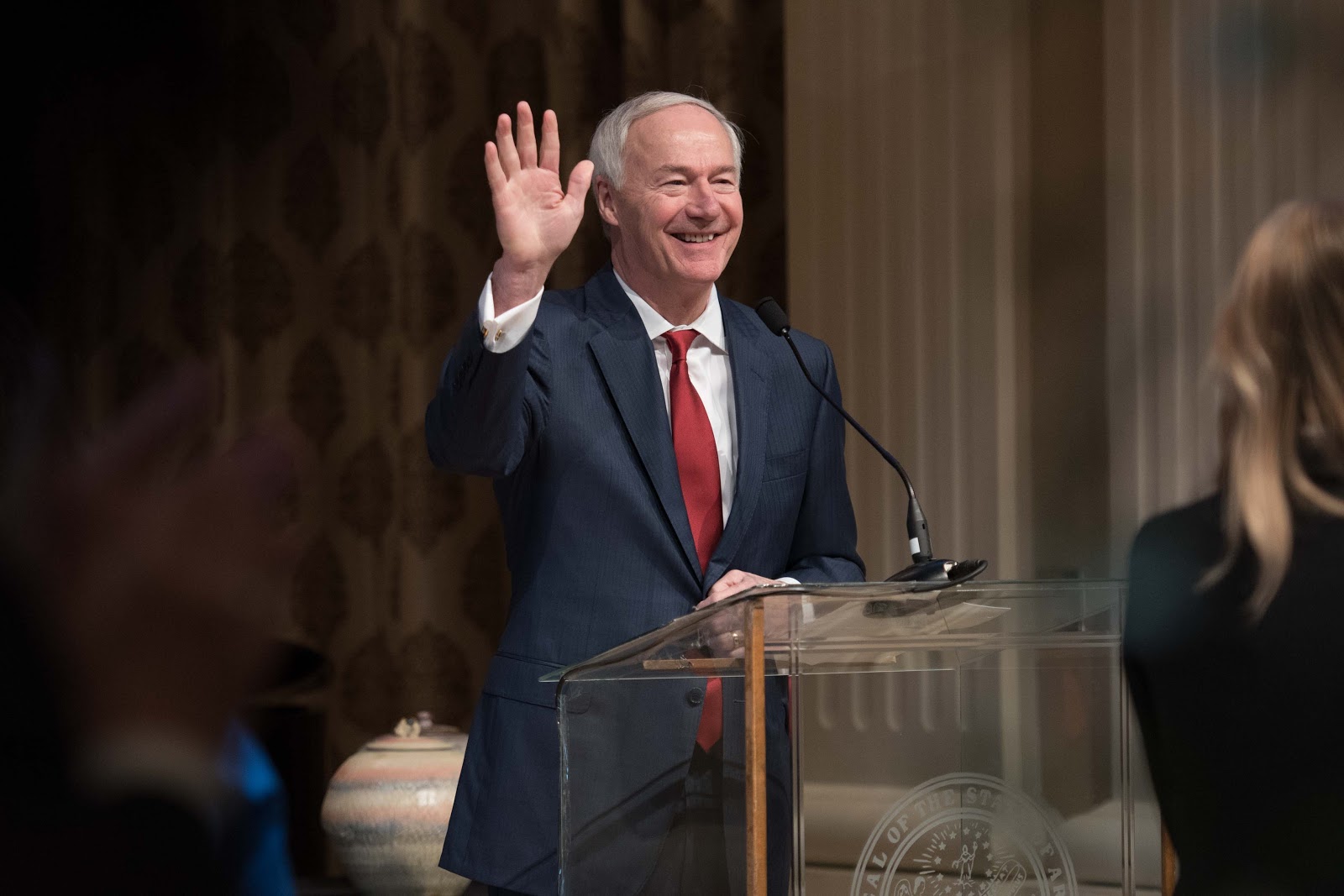 The Arkansas Arts Council, an agency of Arkansas Heritage, will honor eight outstanding members of Arkansas's arts community during a special, virtual ceremony at 7 p.m. March 19 on Facebook Live and the Council’s YouTube channel.

The annual awards program has recognized individuals, businesses and nonprofit organizations for their contributions to the arts in Arkansas since 1991. Recipients are nominated by the public, then selected by an independent panel of arts professionals. Because of ongoing concerns about COVID-19, this year’s program will be held virtually.

“The Governor’s Arts Awards recognizes Arkansans who have made significant contributions to maintaining, growing and enhancing the arts in our state,” said Stacy Hurst, secretary of the Arkansas Department of Parks, Heritage and Tourism. “These artists and art supporters are part of the cultural heritage of Arkansas and are fundamental components of our creative economy and quality of life.”

Pat Qualls-Taylor is a retired high school choir director and private music teacher who was elected to the Arkansas Music Educators Hall of Fame in 2001. She plays harp and piano and maintains a private studio for harp, piano and voice students. She has performed as a harpist at the White House twice for President Bill Clinton. She has been an inspirational leader in the Jonesboro arts community. Under her leadership, the Treble Clef Club, a branch of the National Federated Music Clubs, grew in membership and purpose, expanding its outreach to provide scholarships for music students attending Arkansas State University and financial assistance for the university’s choir, orchestra and opera.  She is a vital member of the Delta Symphony Orchestra Guild and served on the annual gala committee. Qualls-Taylor helped organize the highly successful new series of In-Home concert fundraisers. Of special significance, Qualls-Taylor founded an innovative music performance program for musicians with disabilities. This unique program, which is greatly anticipated each year by the Jonesboro community, has grown from five performers 11 years ago to 75 performers today. Qualls-Taylor has been an arts leader and advocate for over 60 years. She served as an Arkansas Public Service commissioner for 14 years and as the mayor of Lake City for four years.

Kai Coggin is a widely published poet and author of three full-length collections: “Periscope Heart,” “Wingspan” and “Incandescent.” She is a teaching artist in poetry with the Arkansas Arts Council and Arkansas Learning Through The Arts. For the past two years, Coggin has been the host for Wednesday Night Poetry, an open mic series founded in 1989 by Bud Kenny in Hot Springs. The show is now the longest-running consecutive-weekly poetry open mic series of its kind in the U.S. Coggin developed an online platform to keep the series running through the pandemic, and the virtual program has grown in viewers and submissions, including renowned and international poets who are now participating.

Bylites is an event rental and production company that has provided services in Central Arkansas and beyond since 1973. Bylites has provided significant contributions to many Arkansas arts organizations, including the The Arkansas Repertory Theater, Ballet Arkansas, The Arkansas Arts Center and the ACANSA arts festival in Little Rock.  For the past seven years, Bylites has assisted the ACANSA arts festival with more than 100 performances. Donated technical support has included sound systems, theatrical lighting, video systems and professional technical support.

Joe Doster is a woodworker and retired educator. For four decades, Doster has been creating hand-crafted wooden pieces ranging from cutting boards to intricate period furniture. He is a long-standing member of the Arkansas Craft Guild and a founding president of the board of the Arkansas Craft School. Joe’s commitment to passing down the heritage traditions of his crafts is evidenced through his development of a craft curriculum for high schools and community colleges, teaching at community arts organizations and the long-term mentoring of his son to take over the family woodworking business. He is also an accomplished blacksmith and mentors members of the Blacksmiths Organization of Arkansas.

Warren Criswell is a painter, printmaker, sculptor and animator. He has had 41 solo exhibitions in the United States and one in Taiwan. His work has been included in 73 group exhibitions in New York, Atlanta, the District of Columbia, Arkansas, Virginia, North Carolina, Germany and Taiwan, and is represented in the permanent collections of many institutions, including The Arkansas Arts Center, Little Rock; the McKissick Museum of the University of South Carolina, Columbia; The Morris Museum of Art, Augusta, Ga.; Historic Arkansas Museum, Little Rock; the University of Arkansas at Little Rock; Capital Arts Center, Taipei, China; the University of Central Arkansas, Conway, Ark.; Hendrix College, Conway, Ark.; the Center for Arts & Science of Southeast Arkansas, Pine Bluff; and the Central Arkansas Library System, as well as in many private collections and corporate collections in the United States, Europe and Asia. In 1996, he was awarded a fellowship grant for painting and works on paper by the Mid-America Arts Alliance and the National Endowment for the Arts, and in 2003, he was awarded an Individual Artist Fellowship Grant for painting and drawing by the Arkansas Arts Council. Originally from Florida, Criswell has made his home in Arkansas since 1978. Criswell is represented by the M2 Gallery in Little Rock.

Bob and the late Marilyn Bogle are generous supporters of the arts in Northwest Arkansas and have been so since moving to Bentonville in the early 1950s. The Bogles have donated to improvements in the arts, history, healthcare, athletics, academic and cultural spheres and have helped perpetuate and grow the arts statewide.

Among those organizations benefiting from the family’s support are: Crystal Bridges Museum of American Art, the University of Arkansas, The Peel Compton Foundation, Walton Arts Center, The AMP, TheatreSquared, the Rogers Historical Museum and the Symphony of Northwest Arkansas (SoNA).

Bob and Marilyn Bogle are past recipients of the 2003 Founders Day Award from The Peel Museum and Gardens, and Bob and daughter Becky Alexander were honored with the 2014 Arts Advocate Award from TheatreSquared.

Bob and Marilyn Bogle have been longtime sponsors of the SoNA Christmas concerts, which showcase musical talent from throughout the region. The couple donated money toward operations, endowments and transformative gifts. Their support has created sitting and welcoming areas for people visiting and enjoying art at Crystal Bridges, for example, and has significantly helped Arkansans keep creating in Arkansas. Their support and love for the arts in Arkansas is being carried on by their children: David Bogle, Becky Alexander and Ann McKenzie.

Bob Bogle continues to be a strong supporter of the arts. Marilyn passed away Jan. 23, 2020 in Bentonville. She was 88 years old.

Elmer Beard is a poet, author, retired educator and community activist. His love of service and uplifting the African American experience has led to a lifetime of community and civic leadership, as well as using poetry and writing as a tool for progress. As an educator for over 40 years, Beard has taught at the primary, secondary and college levels, including teaching English at Arkansas Baptist College. He is the author of two self-published books, “The Challengers: Untold Stories of African Americans Who Changed the System in One Small Southern Municipality” and “Let Reason Roll: Race, Religion & Reflections,” the latter of which is a book of poetry. For more than 30 years, Beard has been a regular participant at Wednesday Night Poetry and has shared his rich, baritone voice along with his wisdom and perspective gained from his 83 years of life.

Trout Fishing in America is a musical duo consisting of Keith Grimwood, a classically trained upright and electric bass player, and Ezra Idlet, a self-taught guitar, bouzouki and banjo player. They have been writing, performing and recording music together for 41 years. They began as folk-rock music performers and took the band’s name from a Richard Brautigan novel. The duo continues to entertain and engage audiences of all ages with their clever lyrics, genre-defying musical style and inimitable stage presence. They have released 26 albums on their own record label and been nominated for a Grammy Award four times. Their live shows appeal to families with their humorous, kid-friendly songs. They’ve performed in all 50 states, as well as in Canada, France and Scotland. Grimwood and Idlet value the role of art and music in education.  For the past 20 years, they have visited dozens of schools, libraries and community centers to facilitate songwriting workshops.  Several collaborative songs from those workshops have been included on Trout’s albums.